Here’s everything you need to know about the Phantasy Star Online 2 western release date, including all platforms, gameplay trailer, and more.

The Phantasy Star Online 2 release date is Spring 2020. However, this is strictly the release window for the North American version of the game. As you can see in the announcement from Sega below, there currently aren’t any plans to bring the game to Europe.

#PSO2 is finally making its western debut in North America on Xbox One in Spring 2020. Regarding an EMEA release, there’s nothing to confirm right now. We understand it’s frustrating, but when we have more news to share, we will. Stay tuned to https://t.co/jlgi18auv2 for updates. pic.twitter.com/Tjii62el6G

As for the platforms that Phantasy Star Online 2 will launch on, the game will be arriving on the PC and Xbox One in North America. The announcement for the western port was revealed at the Xbox E3 2019 presentation on June 9, so it’s only natural that Microsoft highlighted the game for their two plaforms.

What is Phantasy Star Online 2?

If you’re wondering what the big deal is with Phantasy Star Online 2, then you’re not alone. The Japanese game released on the PC in 2012, in Japan only. That same year, a western port of the game was announced, but only six years later do we finally have any new information on the port of Phantasy Star Online 2.

Simply put, Phantasy Star Online 2 is an action MMO. You select one of seven worldwide servers to play on, much like Final Fantasy 14, and create your own hero character. Then, you embark on missions to slay deadly and dangerous monsters with other players in one team, combining your efforts in class roles to emerge victorious.

Create an avatar, and dive right in. | Sega

If you’ve played Monster Hunter World, think of it as a more straightforward, action-packed version of Capcom’s most recent online game.

If you’ve watched the western announcement trailer for Phantasy Star Online 2, that premiered at the Xbox E3 2019 conference, you’ll notice that Sega claimed it to be «Japan’s most popular RPG.» We’ve tried to get a lifetime player count on the game, and while we haven’t been able to uncover any solid figures, there’s no doubting Phantasy Star Online 2 as an incredibly popular game over the last 7 years.

Sometimes we include links to online retail stores. If you click on one and make a purchase we may receive a small commission. See our terms & conditions.

Hirun Cryer is by far the most juvenile member of USgamer. He’s so juvenile, that this is his first full-time job in the industry, unlike literally every other person featured on this page. He’s written for The Guardian, Paste Magazine, and Kotaku, and he likes waking up when the sun rises and roaming the nearby woods with the bears and the wolves.

Phantasy Star Online 2 coming to PC in May

Out now on Xbox One, the PC version of PSO2 is a Microsoft Store exclusive

Share All sharing options for: Phantasy Star Online 2 coming to PC in May 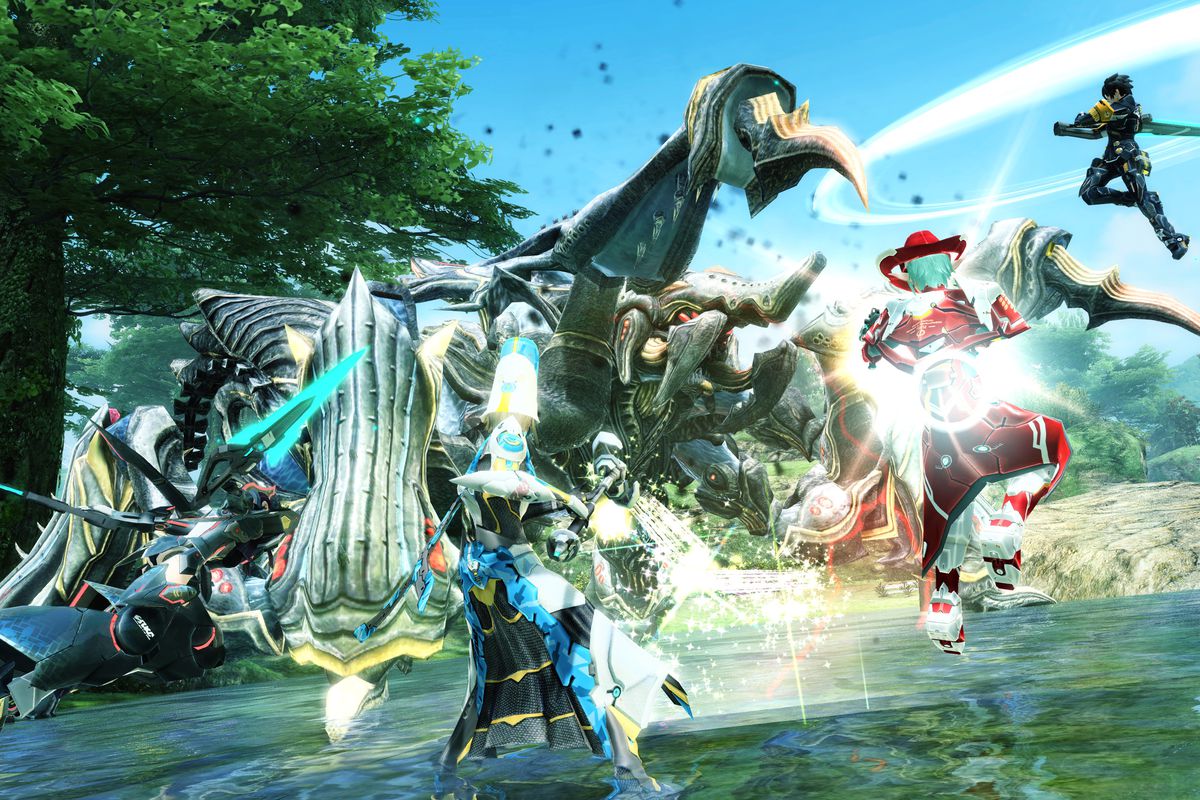 More than seven years after the game originally launched in Japan, Phantasy Star Online 2 is now officially available in North America on Xbox One, Sega announced Wednesday. The publisher also confirmed the impending release of the English-language Windows PC version of the game, which is slated to arrive sometime in “late May.”

Phantasy Star Online 2 will be exclusively available through the Microsoft Store on PC, Sega said. The Windows PC and Xbox One versions will be cross-play compatible.

Sega outlined the current and existing events coming to Phantasy Star Online 2, which include new perks for Xbox Game Pass subscribers. Details from Sega are below:

Every day between April 15-23, ARKS Operatives will receive a special log-in bonus when they report for duty! The Half Scape Doll is able to sacrifice itself to revive players automatically if they become incapacitated on the battlefield – a real boost when fighting the Falspawn.

The Cherry Blossom season is coming to Phantasy Star Online 2 with a new look to the renowned Franca’s Café! Certain ARKS Ship lobbies will also change their appearances periodically.

PSO2 is one of the first games to be included in Microsoft’s new Xbox Game Pass Ultimate Perks program! All PSO2 players with an Xbox Game Pass Ultimate subscription will receive extra special goodies after their first log in, including an Xbox jacket and Xbox Controller accessory for their character to show off in-game. Additional Perks will be made available every month, such as bonus Half Scape Dolls and more.

The ever-expanding catalog of outfits and accessories to collect and mix-and-match continues to grow with the introduction of the Heroic Wanderer AC Scratch Ticket.

After launching on Xbox One last month, Sega announces a release date for the North American PC version of the action MMORPG Phantasy Star Online 2.

On April 15, Sega announced that the game had officially been released for Xbox One in North America and now, after nearly seven years, Phantasy Star Online 2 will also be arriving for PC players on May 27.

The free-to-play game will be available exclusively via the Microsoft Store, and the Windows PC and Xbox One versions will be cross-compatible. The Western release of Phantasy Star Online 2 contains content from the first three years of the Japanese version, but will also include the game’s most current balance and quality-of-life updates.

Additionally, subscribers to Microsoft’s Xbox Game Pass Ultimate will enjoy a few special perks, including an Xbox jacket and controller to customize their in-game character. New goodies will become available to subscribers each month, such as bonus Half Scape Dolls and other outfits or accessories.

In the game, the player takes on the role of an ARKS Operative, a member of an elite force tasked with exploring planets in search of a dark corruption called the Falspawn. Gamers can choose between four races and nine classes in Phantasy Star Online 2.

Phantasy Star Online 2 is currently available on Xbox One in North America and will be released on PC on May 27.

Twitch reverses its fifth ban against popular streamer Amouranth, allowing her back on the streaming platform after just three days.

A long-time fan of survival horror, RPGs of all kinds, and shooters, Pam will try any genre except sports. Favorite series include Silent Hill, God of War, Far Cry, and the Souls games. In her spare time, Pam also dabbles in foreign languages, watercolor painting, and reads way too much fantasy, sci-fi, and horror.