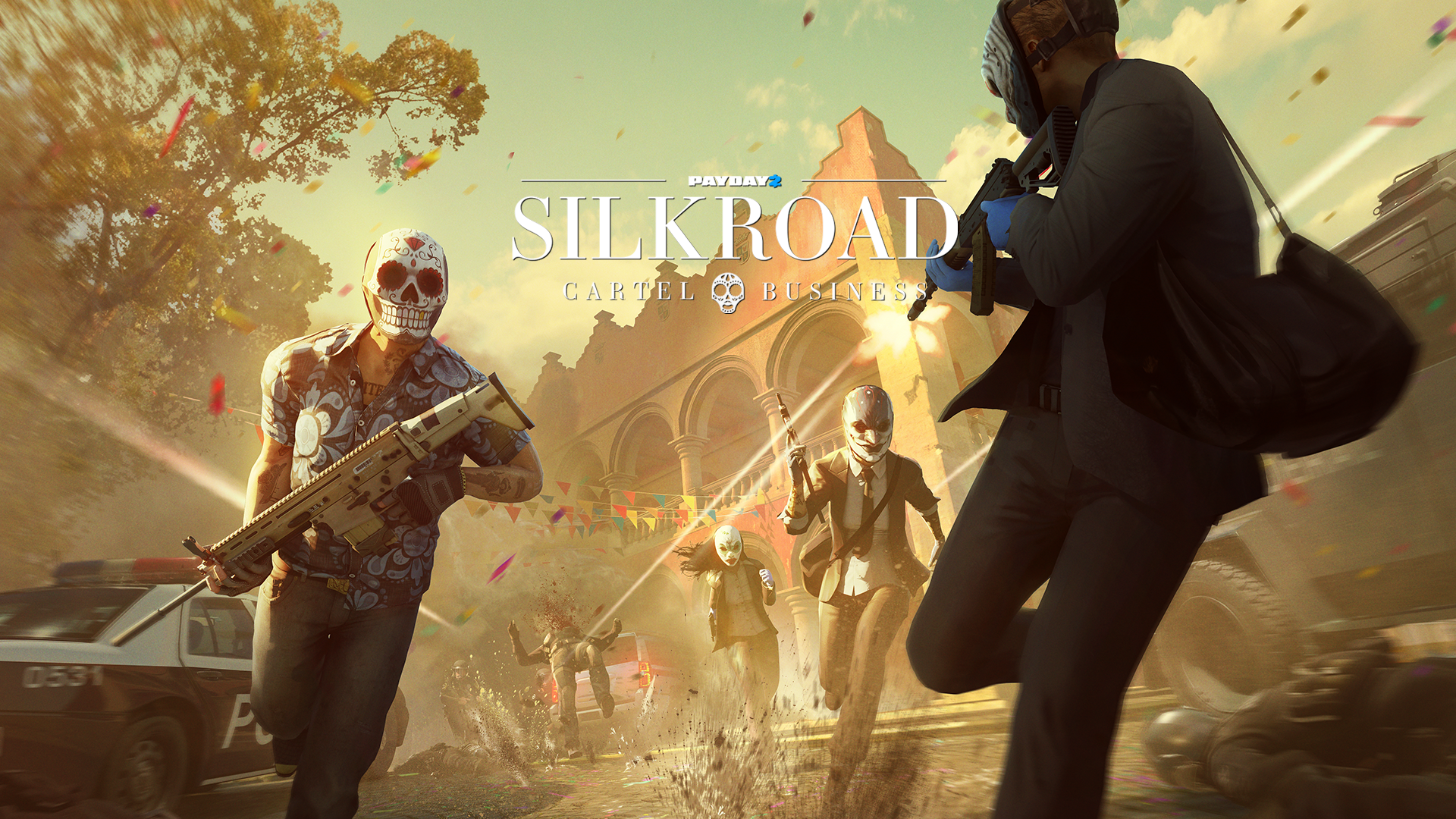 Great news for all you Payday 2 fans out there! The game has received its second update since the development has been resumed. It is the Payday 2 Cartel Business update. It brings a whole bunch of new things, including a new heist, guns, outfits, and customization options. So let’s check out what each one of those things is about. 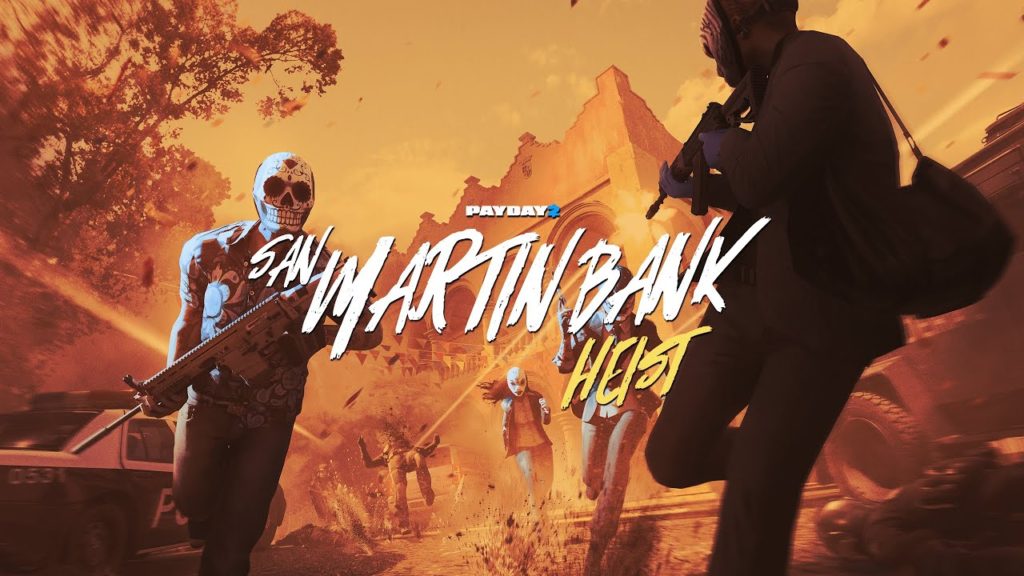 This is the highlight of the Payday 2 Cartel Business update. A whole new heist. The San Martin Bank heist is the latest heist introduced. Much like Border Crystals or Border Crossing it takes place in Mexico.

The San Martin Ban heist can be completed in both loud and stealth. However, it is worth noting that they are both very challenging compared to other heists. Even on lower difficulties. The heist has one contract day, so it’s make or break when trying to complete. Furthermore, The San Martin Bank Heist has 11 unlockable achievements.

The story behind The San Martin Bank heist is that Vlad believes the gang owes him one. Primarily because stealing the plane in Mexico caused major headaches to both him and The Dentist. Because of that, Vlad calls upon the Payday gang to break into the San Martin bank and reclaim his loot. 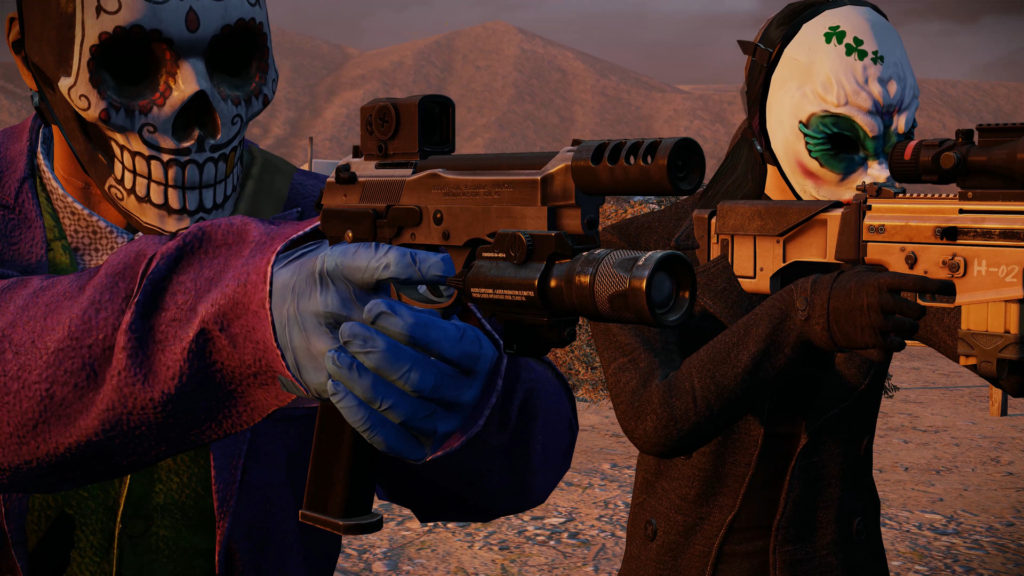 However, that’s not where the Federales Weapon Pack stops. There are also a total of ten mods included with it. Here is a list of mods: 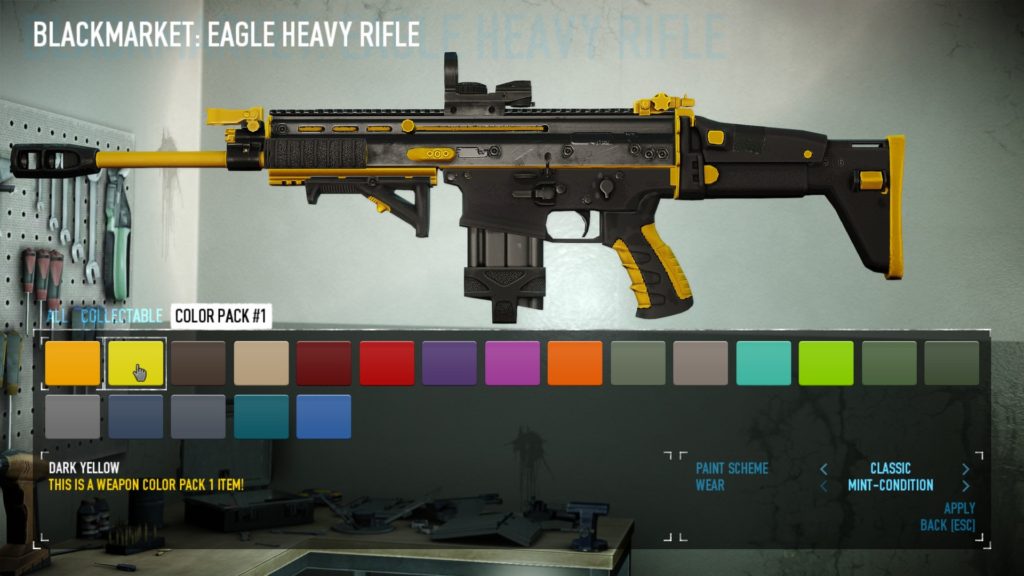 Another highlight of the Payday 2 Cartel Business update are the new customization options. The first one of which are the new outfits available. Tailor Pack 2 brings a total of four new outfits to the game. Furthermore, each of the outfits has five colour variations to it. That way you can customize your look whichever way you want. Here are the Tailor Pack 2 outfits:

But wait, there is more! For the first time ever the update brings a whole new type of DLC. The Weapon Colour Pack. Payday 2 Weapon Colour Pack greatly expands upon the existing weapon customization system by introducing a total of 20 new colours for making your favourite gun look stylish. 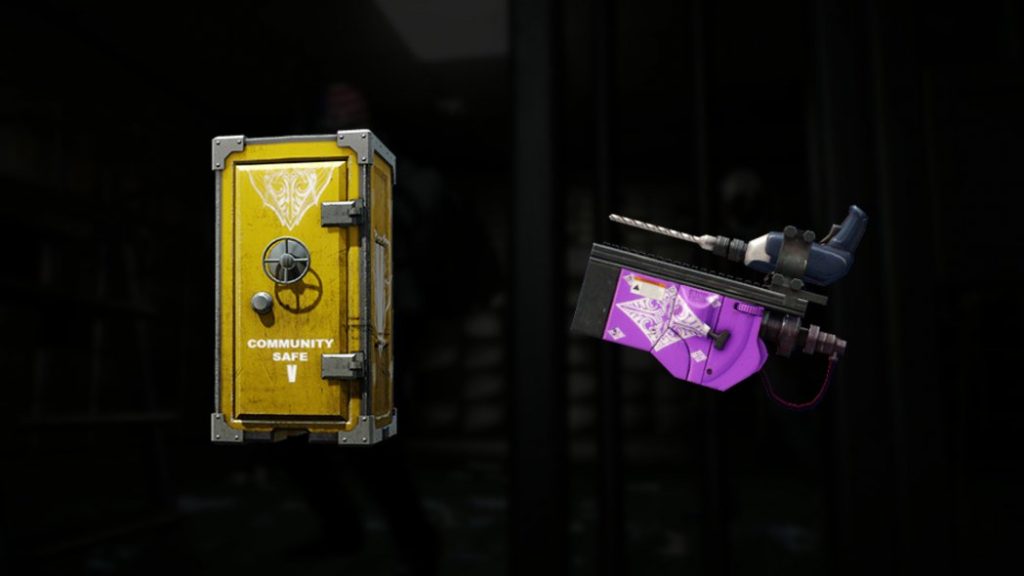 Payday 2 Cartel Business also brought one major change to how the safes and drills work in the game. Namely, the unopened safes and drills can no longer be traded on the marketplace. Furthermore, you won’t be able to buy drills for older safes on the marketplace. However, all the safes that required a drill are now openable without one. Finally, all the safes that have been removed from the drop pool are being reintroduced. This update is made to address the legal aspects of video game drops with randomised outcomes.

That was the brief summary of the Payday 2 Cartel Business update. And if you still haven’t tried the game there is no time like the present. You can get both the base version and the ultimate edition on 2game for a discounted price.

The Payday Gang’s old associate Vlad has some personal items of immense value deposited in a small town bank in Mexico. The bank is, however, owned by a Mexican crime cartel, and what’s worse, Vlad has fallen out with this cartel. Needing to get his stuff out, Vlad contracts the Payday Gang to hit the bank.

The DLC consists of a one-day heist taking place in the Mexican town of San Martín, where the Payday Gang has arrived to hit the local bank.

The heist sees the Mexican federal police make its debut appearance in PAYDAY 2, so players can expect to see some new uniforms and hear some new voices. 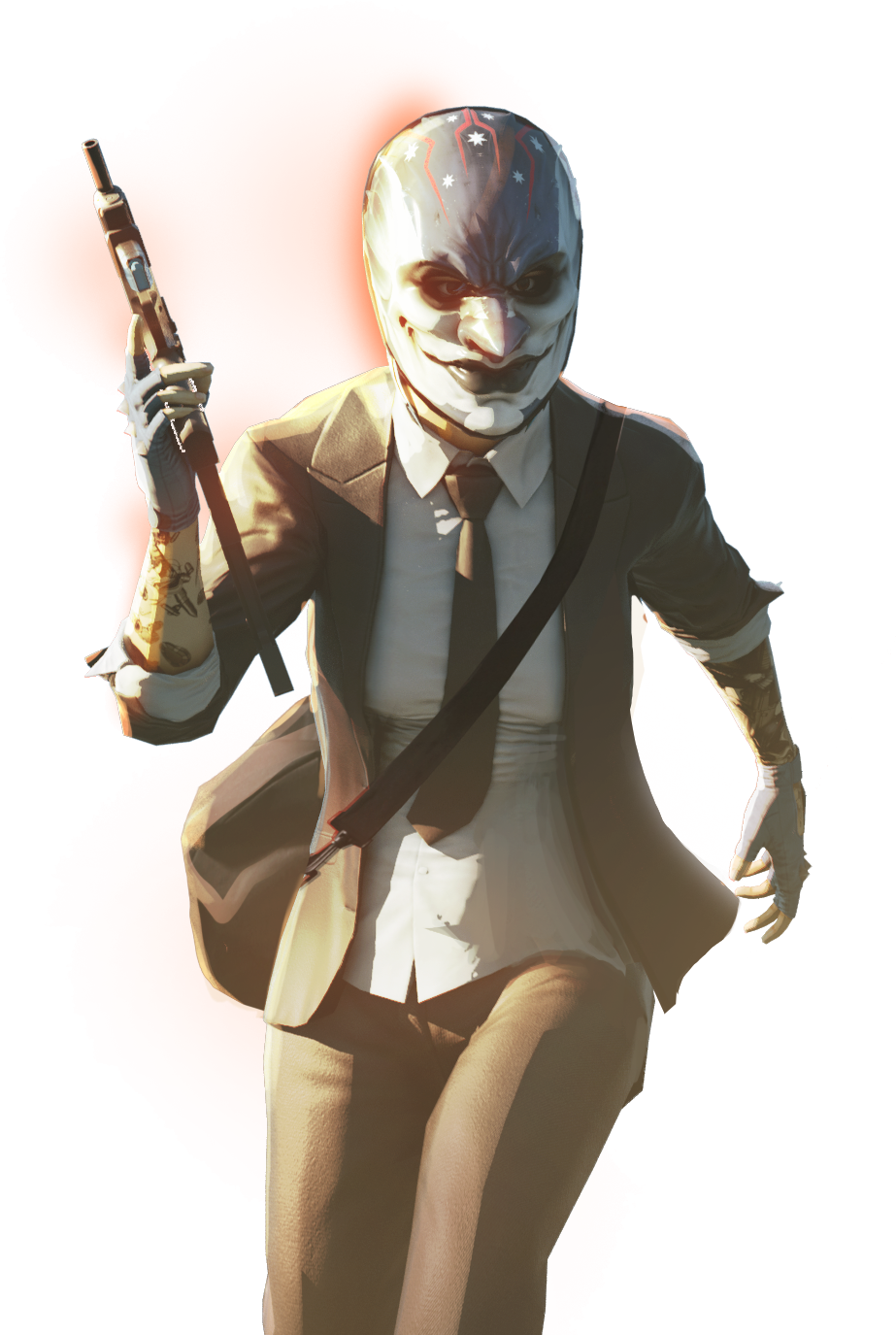 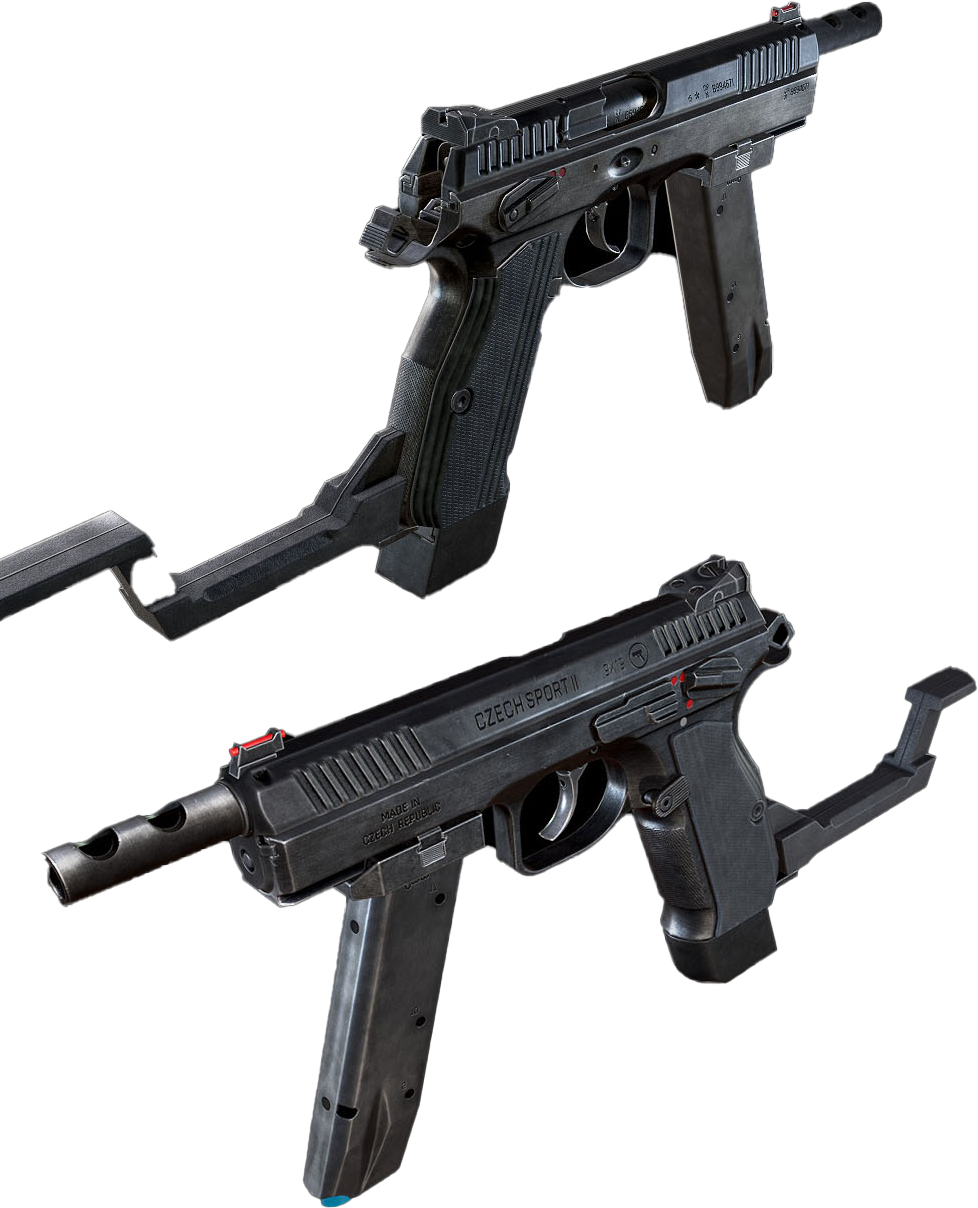 As the Payday Gang arrive in Mexico, they encounter the Mexican federal police, colloquially known as “Los Federales”. They are an elite force mainly dedicated to keeping the powerful and ruthless drug cartels at bay. To deal with this extremely tough challenge, the Federales are staffed by seasoned and highly motivated police officers who will never back down from a fight. They also have access to powerful modern equipment and state-of-the-art weaponry and accessories, but as is so often the case, elements of the criminal underworld have managed to get their hands on this equipment. 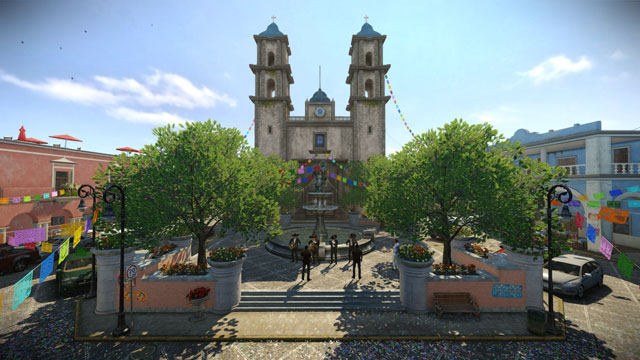 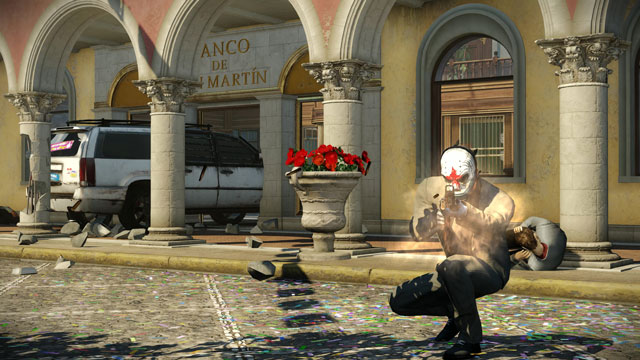 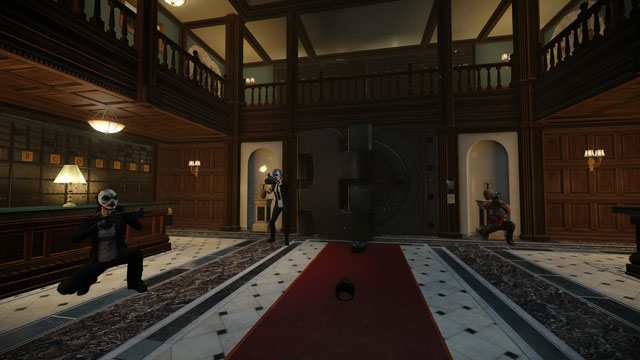 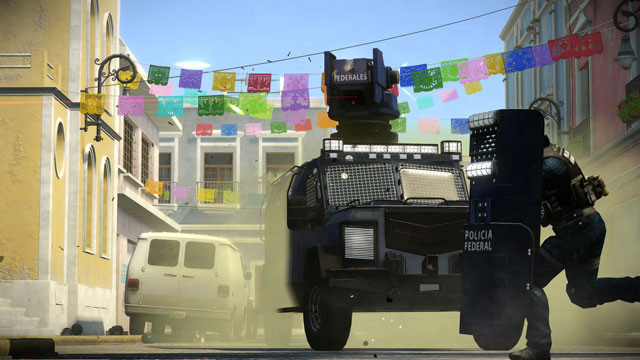 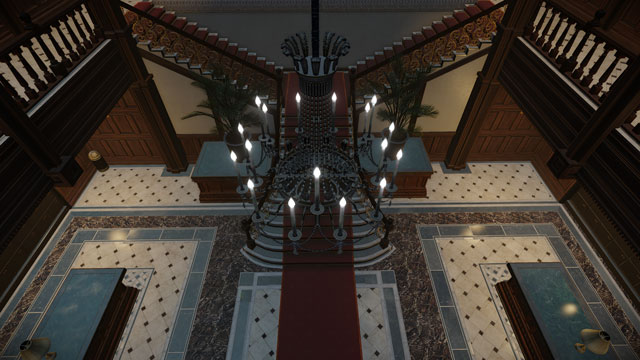 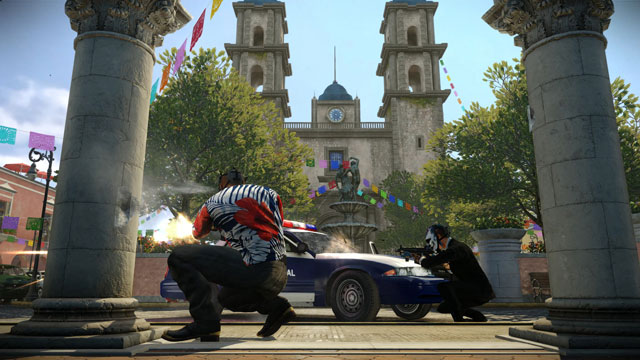 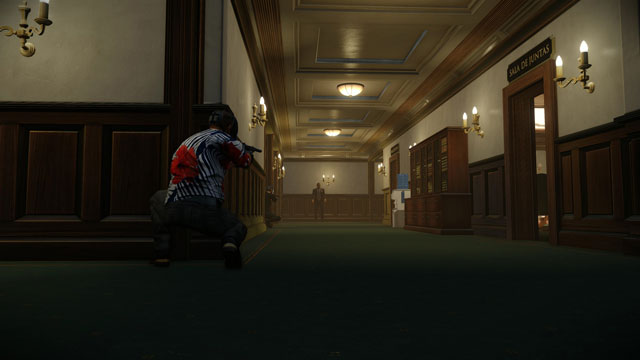 The rhythm of the oppressed, a savage rage that brews from the intellectual musings of urban street poets, trying to be heard about the noise of the inner city. The voices of the ghetto will echo forever, and the walls of the social prison will crumble, to open the floodgates of a new day.

There are tales of wandering gunmen, dressed as musicians. Gunmen that fight against injustice, taking revenge for tragedies that have affected those who are not capable of doing so themselves. Yeah, that description doesn’t really apply to the Payday Gang, does it?

Back when this was in style, heisting was a much simpler affair. Hacking was carried out with a blade, and the raw skill of a gunman, safecracker or getaway driver was all the more important.

The punk rock jacket and pants are a suit of armor, worn with pride in defiance of the established norms of «polite» society. A true punk jacket has every stud added laboriously by hand, and every painted decoration, also added by hand, has a deeper meaning for the individual wearer. Unless it’s just a big fuck-you to the world at large, of course.

Weapon Colors System
A new cosmetic Weapon Colors System is introduced in PAYDAY 2 with this update. As an alternative to the existing weapon skins, players can now apply a color to their weapon, selecting between several design patterns that color different parts of the weapon. Colors are applied via the weapon customization interface.

New Outfit
The following outfit is included in the Silk Road Cartel Business update:
The Minstrel

Community and Social Media Items
Community Color: This color will be a community item, made available to members of the PAYDAY 2 Steam community (PAYDAY Blue).

Social Media Color: This color will be a social media item, made available through following PAYDAY 2 related channels on social media (Army Gray).

San Martín Bank Heist DLC
The DLC consists of a one-day heist taking place in the Mexican town of San Martín, where the Payday Gang has arrived to hit the local bank. The heist sees the Mexican federal police make its debut appearance in PAYDAY 2, so players can expect to see some new uniforms and hear some new voices.

Story
The Payday Gang’s old associate Vlad has some personal items of immense value deposited in a small town bank in Mexico. The bank is, however, owned by a Mexican crime cartel, and what’s worse, Vlad has fallen out with this cartel. Needing to get his stuff out, Vlad contracts the Payday Gang to hit the bank.

Gameplay
The heist is a classic bank job: infiltrate the bank, break open the vault and escape with the loot.
The heist is available in both stealth and loud, for two very different experiences.
The heist has a variety of preplanning options, allowing players to customize their approach.

Tailor Pack 2 DLC
Tailor Pack 2 DLC outfits (each of these has 5 color variations, for a total of 20 outfits):
The Avenging Gunman, The Vicious, The Boom Bap, The Altamont. 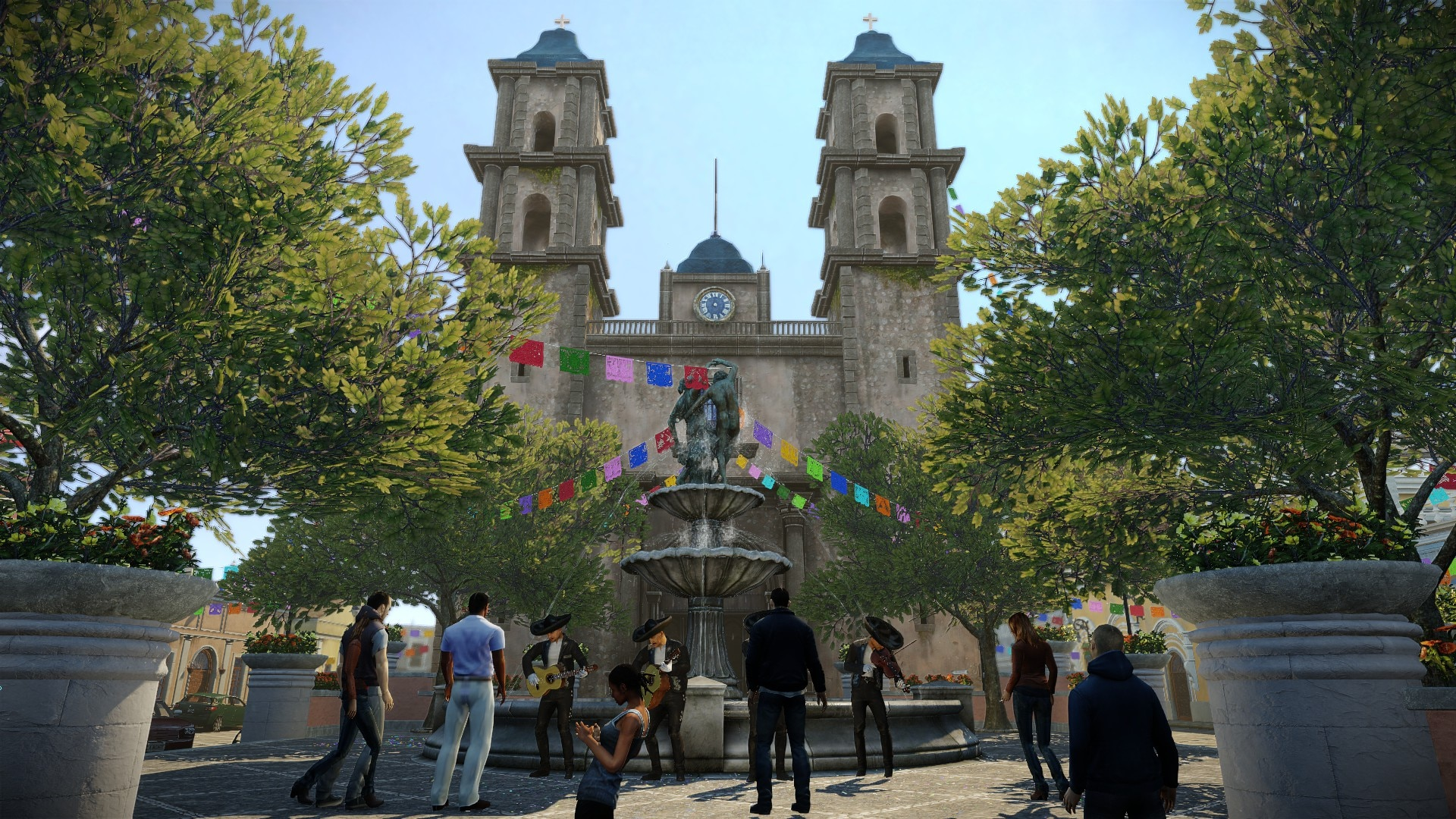 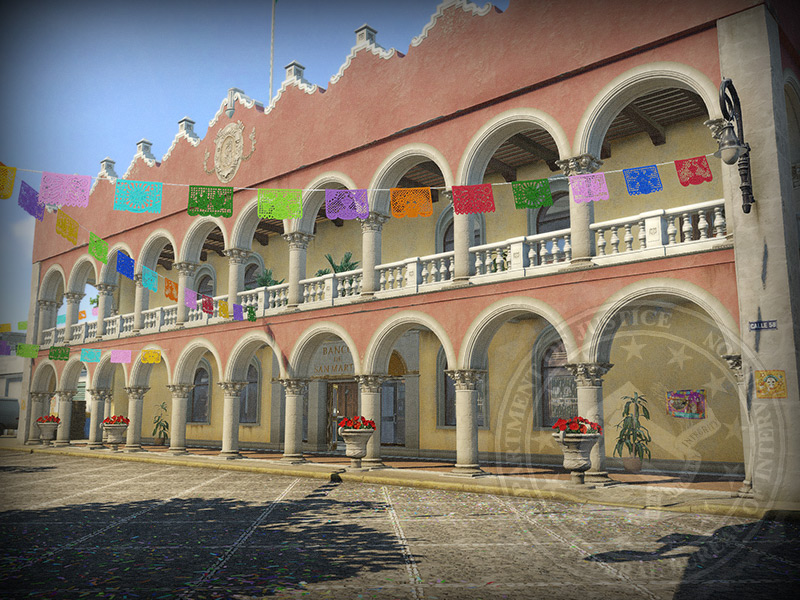 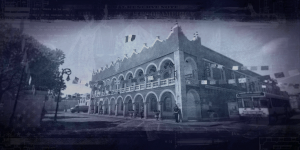 Vlad catches wind of the Payday gang’s operations in Mexico and requests some help while they’re still there. Apparently stealing the Murkywater plane in Mexico caused problems for not only The Dentist, but for Vlad as well, and that the Payday gang kind of «owes him one».

The Coyopas own a bank in Mexico, the San Martín Bank, mainly using it to host illegal activities like money laundering. They also hold some Russian Treasures of the Romanov Dynasty that Vlad claims to be family heirlooms.

Break into the bank and reclaim Vlad’s loot to keep the Ukrainian happy.