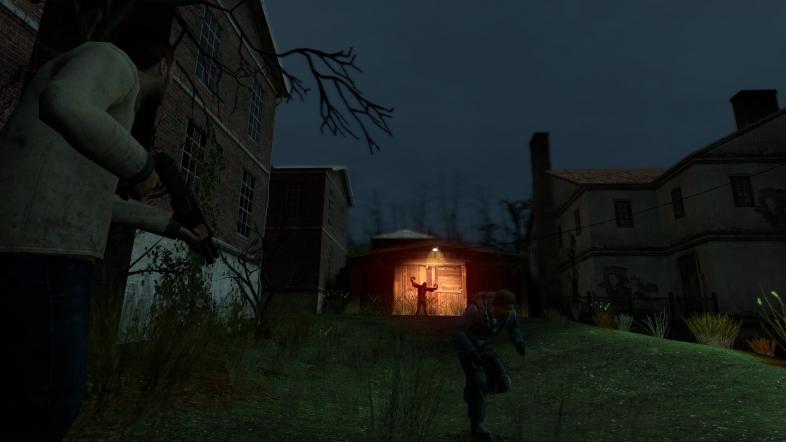 So you have friends right? … Must be nice. Well I have voices in my head, and they like to play Garry’s Mod as well. So you might want to look into some of these Cooperative maps. You know, the thing that games have been trying to do successfully since Halo 2; And only was successfully done by Halo 2. No “Army of Two” doesnt count, and you know why it doesn’t.

Lets begin with saying that not all maps are created equal. I will be judging maps based on how fun the content is, the skill needed to beat the map and the general popularity of the map. Like I have written before, I am a big fan of trolling and relaxed gameplay. But, a good map is still something special we all need to investigate. 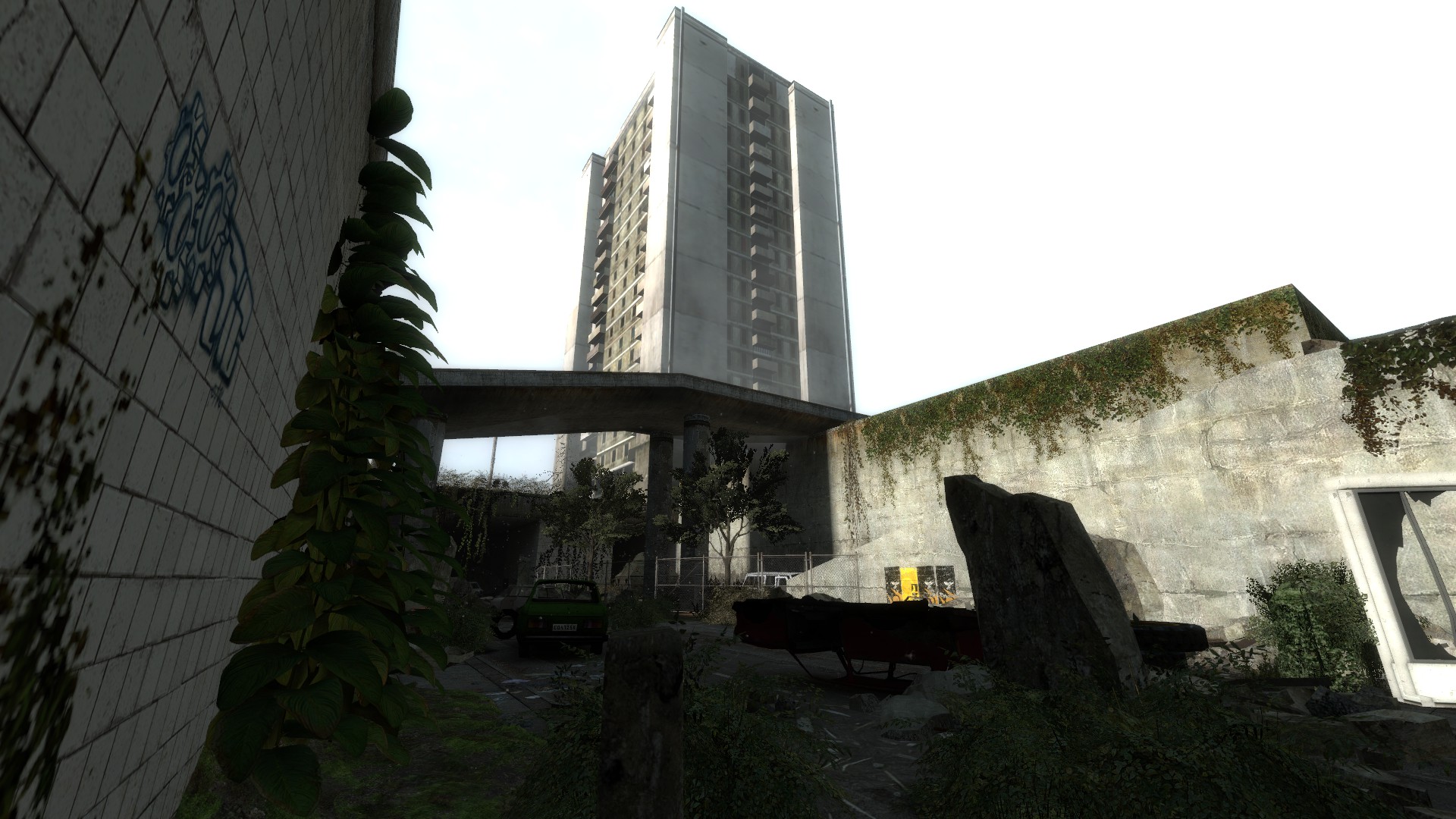 Let’s start with a short map, but a long story split into 5 parts. Intelligence Delivery is exactly what it sounds like: you are a courier told to deliver intelligence in a post apocalyptic wasteland… well, just don’t try to get shot in the head like the other guy. The story is fun and full of action and puzzles.

Why Intelligence Delivery is great for Coop:

Great looking visuals, even for a source game.

Every map is short, but has a great atmosphere and an awesome unfolding story.

Puzzles and action moments are great, just remember gravity gun and physics gun physics are always going to be… a little wonky. 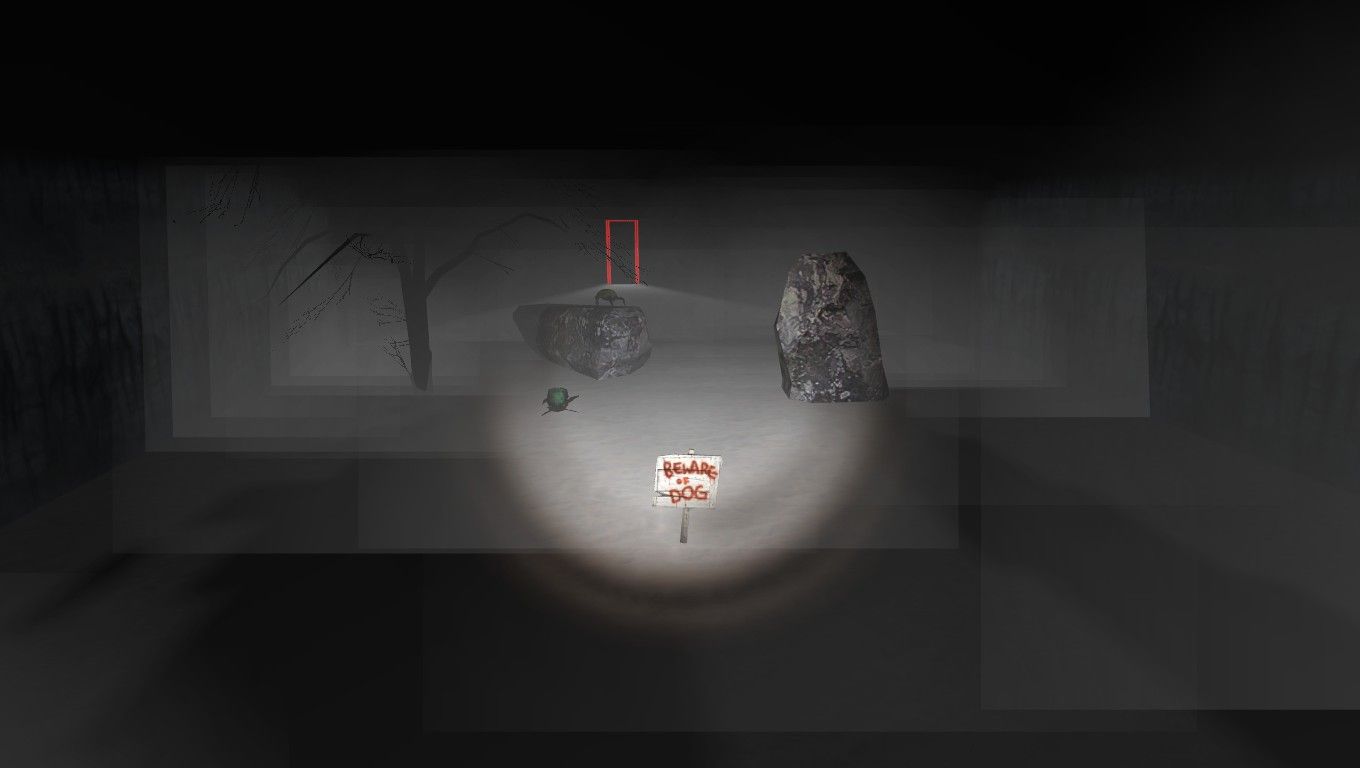 A truly creative map, Unusual Adventure is a fun puzzle and adventure map that strangely looks like a drug trip. Just from the first few sections you know that this map is unusual but truly inventive. This map reminds me of a soft Portal port, but instead of a portal gun and talking AI, you have a gravity gun and jump puzzles. So yea, just like Portal.

Why is Unusual Adventure great for Coop:

Fun puzzles make you and your fellow players think about what you need to do to solve them or break the game.

Nice linear storyline, a great start to any night of Coop fun.

The Visuals are alright, but are greatly improved in the maps sequel. 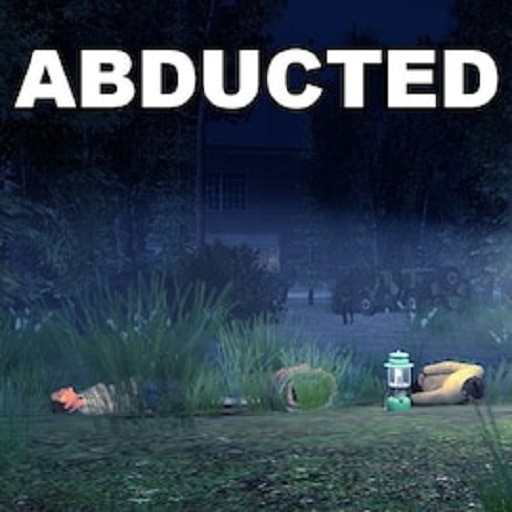 Another part 1 of a series, Abducted: The Escape is an introduction to the ins and outs of most COOP maps. The author says to play with as many people as possible, and the more people you have the harder the map is. This is a great map to test your determination and your will to not kill your friends in a short story gamemode.

Why is Abducted 1 — The Escape great for Coop:

Short map, but allows you to use the actual CO-OP gamemode to change your difficulty.

Play with a few more people than usual to make this map really challenging.

The start of a story that spans several maps; all of which get better and better as you play them. 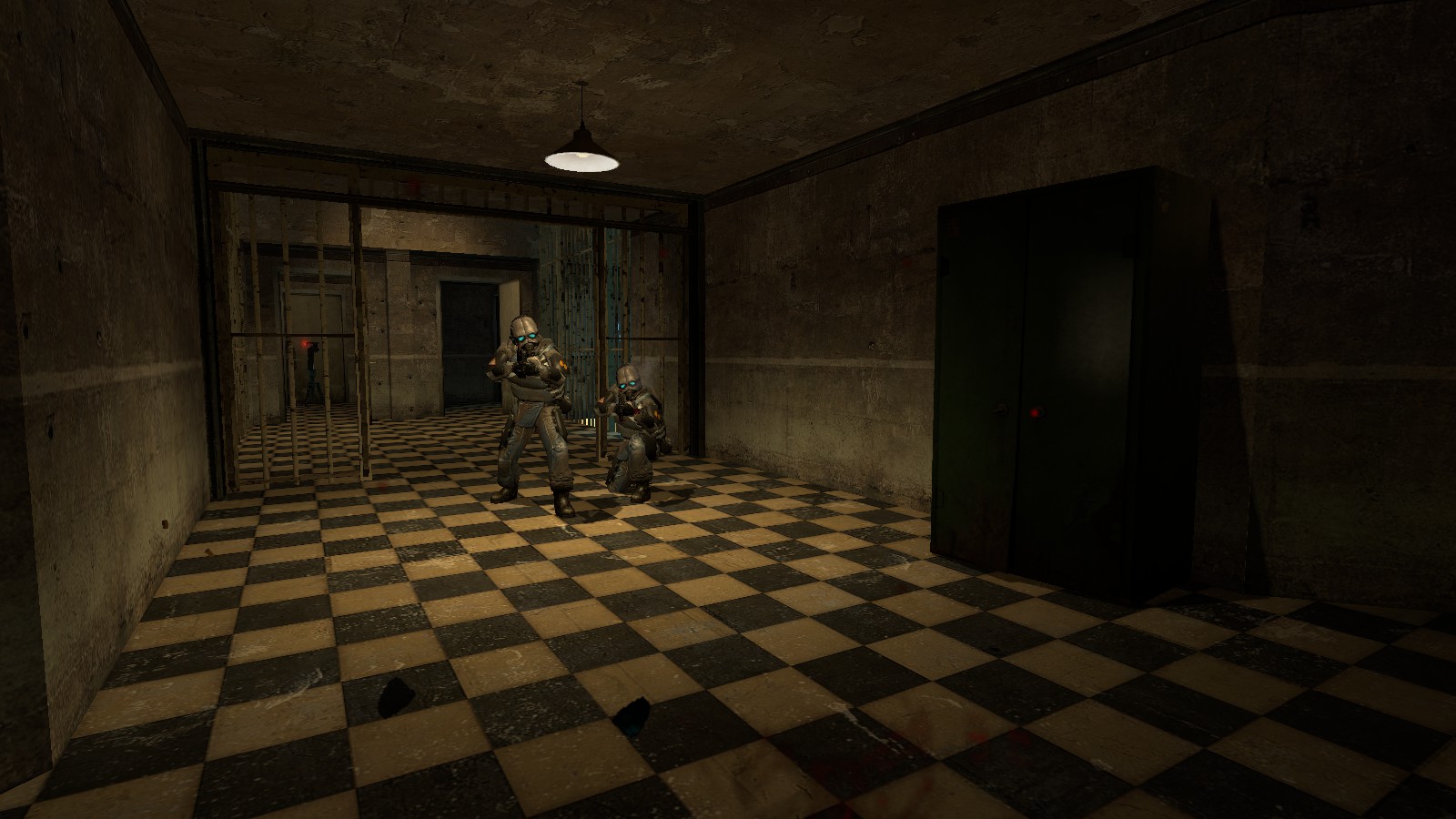 This one is a strange one to have on this list, because it does require some extra things in order to play it. First, if you don’t have Counter Strike Source and Half Life 2 downloaded, you should do that. Also, grab the specific mod in the maps description.

Once the map works, you will have a nice smooth adventure killing combine and … killing more combine. That is going to be a general theme, most maps are Half Life themed. But, this one is a fun little romp with a few creative twists.

Why is Escape by Exmo great for Coop:

Originally in Source, this map adds some fun elements from the earlier days of adventure maps.

Coop works well with two people, add a few more to completely over power the combine.

If you’re playing Garry’s Mod, you probably have a soft spot for Half Life content and assets. This will give you a nice hit of nostalgia and a great realization that we need an updated Half Life game. 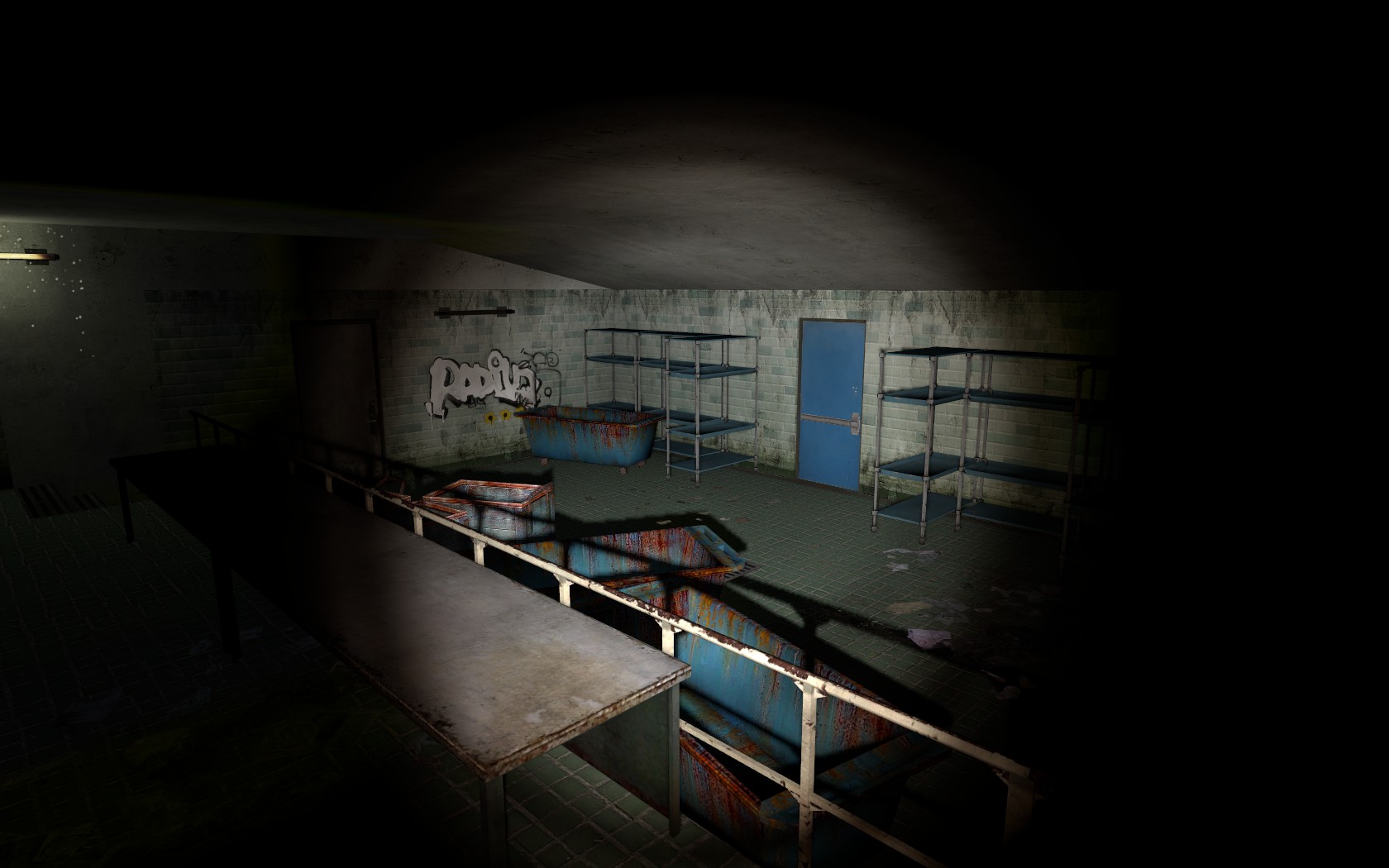 By now you notice most of these maps are broken up into multiples; which for game loading sake, that might be for the best. Lost is exactly what it sounds like. You are lost, and there is very little story left behind to help you get out. This is a great way to mess around with your friends and really test out your creativity in Source based puzzles and maps.

Why is Lost great for Coop:

Very open minded and creative, you create the story with your friends instead of the creator.

Short and environmentally based puzzles. A nice change of pace to the never ending onslaught of combines that you usually slaughter in these maps.

Not based off the hit TV series, but has just as bad of an ending. 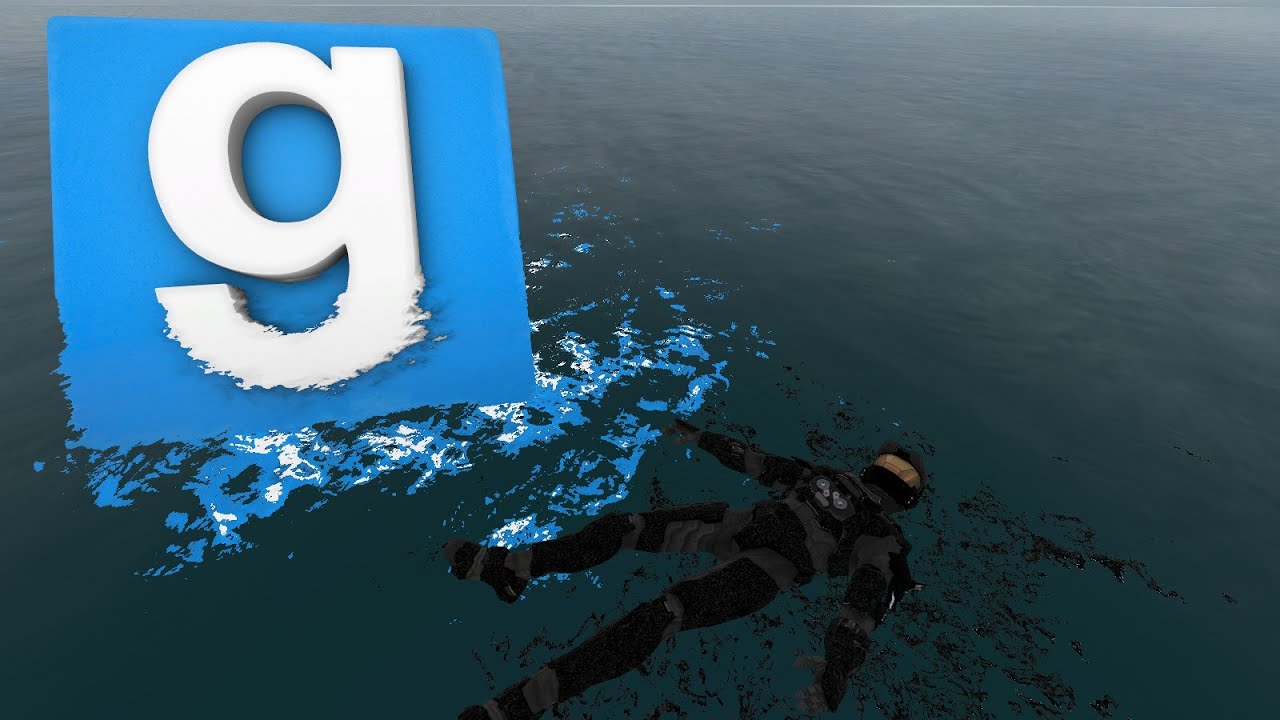 Rock 24 is an older map that used to be a Source Mod, but it was ported to Garry’s Mod.And, it was ported pretty well. Unique textures, customly built maps and a nice little story that is definitely not ripped out of the GoldenEye game from N64. This is one of the maps that starts to showcase the lengths these creators can go to create interesting content for you and your friends.

Why is Rock 24 great for COOP:

A customly built map and story that has been played hundreds if not thousands of times since it was released as an original Source mod.

“Gordan Freeman saved my life” played on loop in my head while playing this map. 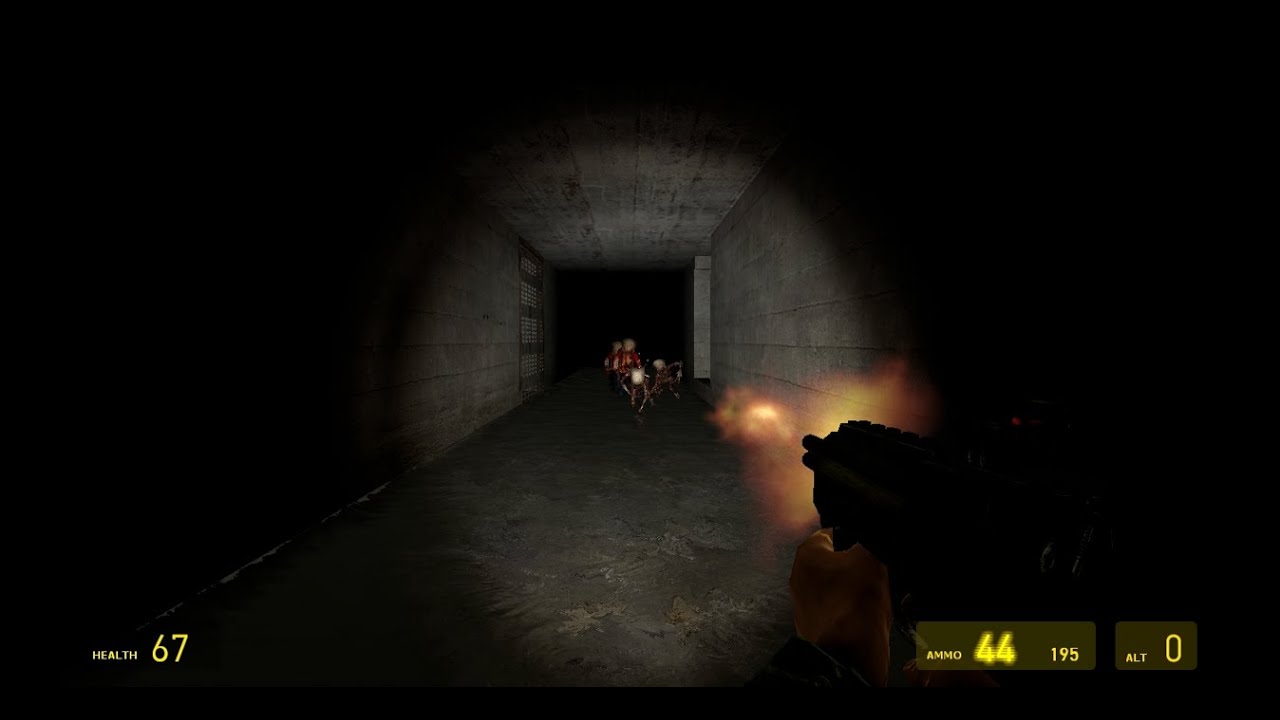 A mini-campaign told through several small maps, Unknown World is a nice return to pace with both action heavy and atmospheric heavy spots to keep you entertained. The maps are fun and have a nice bit of immersion; well, they would have, if my friends wouldn’t have brutally killed me at every new bit of the map. Fun fact: the Mod author says you can use any weapon you want. I highly recommend a good SWEP pack to go with this. That way, when you’re getting team killed, at least you’re trying out some new weapons as well.

Why Unknown World is great for COOP:

Action is fun and well paced throughout the campaign.

«The only thing you know is that you are not in home». Neat choice of words there fellas.

Anticitizen Zone is a map for those of you that want to gun down combine. A LOT OF COMBINE. It’s short, sweet and simple; just like most maps on this list. Find the truck and escape the city before the combine shoots you and laughs at you; In that order.

Why is Anticitizen Zone great for Coop:

Another fun “run and gun” map where you mow down combines in order to escape.

An older map, but shows how far we really have come as a community and as creators. 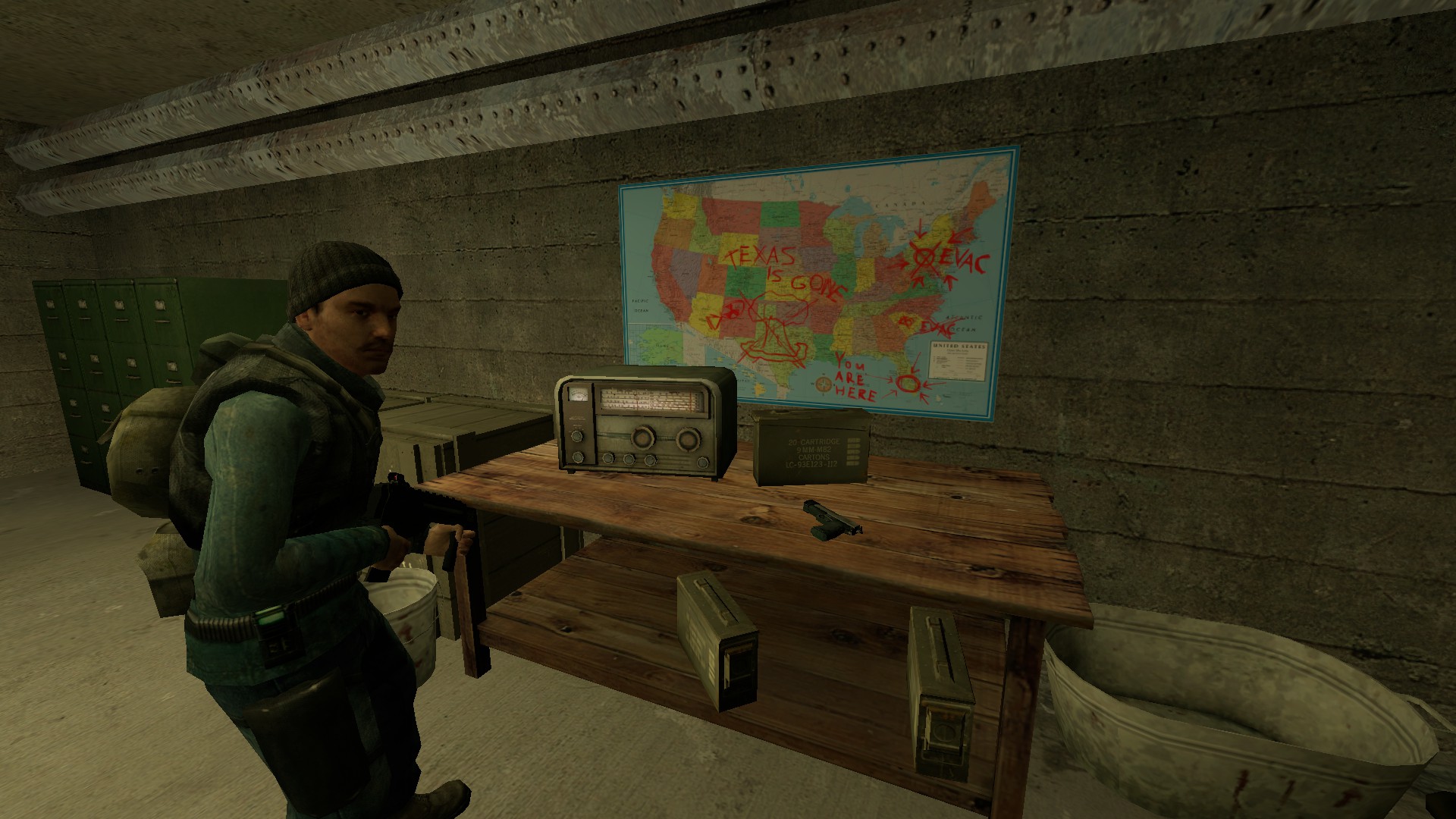 Evac is a series of maps that take place in a zombie apocalypse. This map is the closest thing you will get to Left For Dead in Garry’s Mod; you must make your way through 4 maps to reach evac in Philadelphia. This is a fun and slightly scary map that has a great twist ending.

Why is Evac great for COOP:

Custom voice acting and music brings this map to a whole new level of atmosphere and immersion.

Zombies get harder as you go on, and ammo becomes more scarce.

Twist ending was guessable, but we didn’t see it coming. Great job on the story guys! 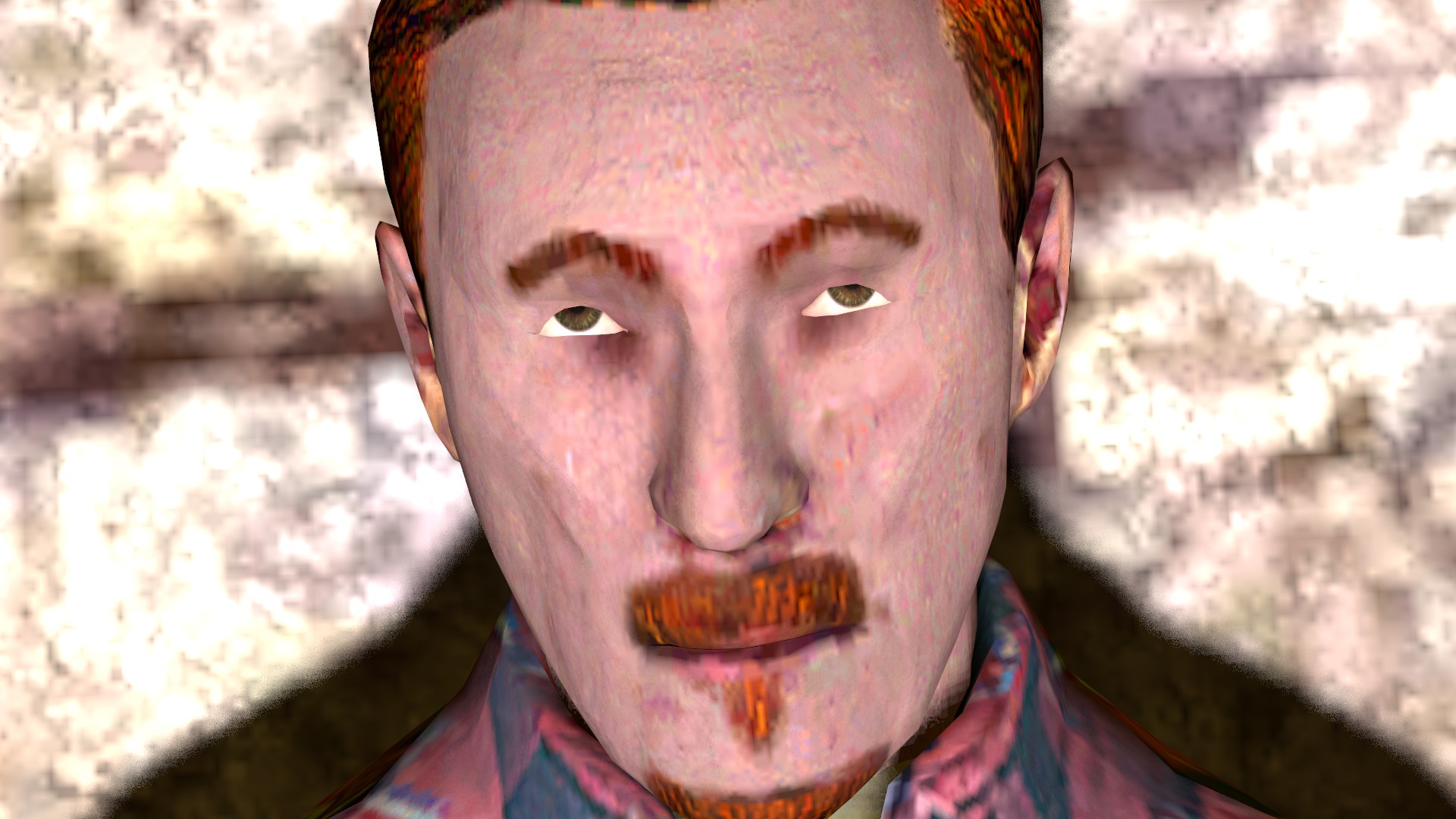 Wow this map has everything. Originally a Source Mod, Random Quest HL2 is a massive amount of content and has a world that feels alive. NPCs, Quests, Cutscenes and the game changes depending on how you play. You want to run and gun all the way through? Well, you will get different weapons depending on how you approach a situation.

To be warned: This map is intended to be an adventure map. Choosing to run and gun will make this map considerably harder. Helping NPC’s, being patient and using your brain might make this map an experience you won’t forget.

Why is Random Quest HL2 great for COOP:

Go on a truly awesome adventure in one of the most unique experiences in Garry’s Mod to this this day.

The game evolves as you do; run and gunning will give you different results than doing the side missions for the NPCs.

A great map to run when you want to impress someone. I have never heard someone say: “Huh, you can do this in Garry’s Mod? I thought it was all memes and trolling.” Until now.

Cooperative maps are one of the more stable ways to play Garry’s Mod. Although I am a multiplayer guy, I do love some of these maps. Getting together with a few friends and experiencing what it really means to be part of the Source community is something that I think everyone should try. Scary maps, Singleplayer maps and now Cooperative maps all add a different way to play to the game that most multiplayer heavy games can never replicate. That’s right, you wont get this experience in Roblox; unless you really, really like children yelling and screaming that shrimp song at you all day. Then yes, that is an experience as well.

(Scary) Death of the Dream

Death of the Dream 3

This site is free but requires advertising to be financed. We strongly avoid annoying types of ads. Please support us by disabling your ad-blocker or logging in.